The Formation Of The Jesus Army


Noel Stanton was born on Christmas Day, 1926 in Bedfordshire, England.

Having worked in a bank, he was conscripted to the Royal Navy. Later he became an accounts clerk, and then the director of a greetings card company, whilst preaching for the National Young Life Campaign in his spare time. In 1957, as a lay preacher, he was given pastoral charge over the congregation at Bugbrooke Baptist Church in Northamptonshire. 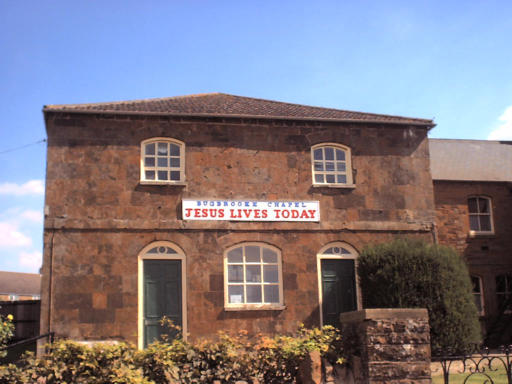 During 1969, he began to speak in tongues, and experienced 'Baptism in the Holy Spirit'. He began to change the church, focusing on attracting younger members. Soon, as an offshoot of the Pentecostal movement, "The Jesus Fellowship" was formed, as a Christian Community and a member of the Baptist and Evangelical Church Bodies.

Within the first few years the idea of communal living was growing. Members pledged their money to a 'Love Community Fund'. In 1974 Bugbrooke Hall was purchased. Renamed as 'New Creation Hall' it was to become the first communal house of fellowship. Several members moved in. Most began donating to the communal purse.

They bought a farm, renamed 'New Creation Farm'. As a working farm it became not only the home, but also the work place of many members of the expanding community.

Drawn by the lively revival services, young Christians were flocking to Bugbrooke to join the newly founded communes appearing around the area. Within the communes, followers lived as one large extended family. The 'Brothers and Sisters' where given 'virtue names' and donated their savings and all of their belongings to the Church.

Over the years that followed, the group grew and expanded into many more communes. New businesses were formed to employ members. Many grouped under the "House of Goodness" banner.

In 1986, due to the secluded lifestyle of the fellowship, the increasing bad press that had been generated by a number of mysterious deaths of members and the publicised criticisms of ex-members and other critics. The Baptist and Evangelical Churches expelled the Jesus Fellowship from their alliances.

Not long later, on 18 April 1987, Noel Stanton launched the "Jesus Army" as the outreach and evangelising arm of the fellowship.

The new name, the "Jesus Army" brought the fellowship a new public image. Camouflage jackets and flouresant red crosses became the uniform for evangelising members. Double-decker buses were purchased, brightly painted in the new Jesus Army colours. Recruitment tactics were broadened; drug addicts and the homeless were targeted for conversion, and recruitment into the organisation.

The Jesus Army continued to grow. Further properties continue to be purchased and converted into communal houses. More businesses formed to provide work for members, and revenue for the expanding group. The fleet of busses continues to grow, providing transport for members, and outreach work focal points.

The Jesus Army has now expanded into many towns, cities and villages around the country. Regular events, and meetings are staged for thousands of members and followers. In 1999 the 'Multiply Christian Network' (A church network created and run by the Jesus Fellowship) rejoined the Evangelical Alliance. The soon to be completed Jesus Centre in the centre of Northampton is likely to become a main focal point of the movement.

Noel Stanton, commonly seen as the founder of the movement, still preaches at events, but is seldom seen in public. He has often refused to be interviewed, and is said to spend most of his time praying alone.